How to Get Rid of Moles: A Complete Guide 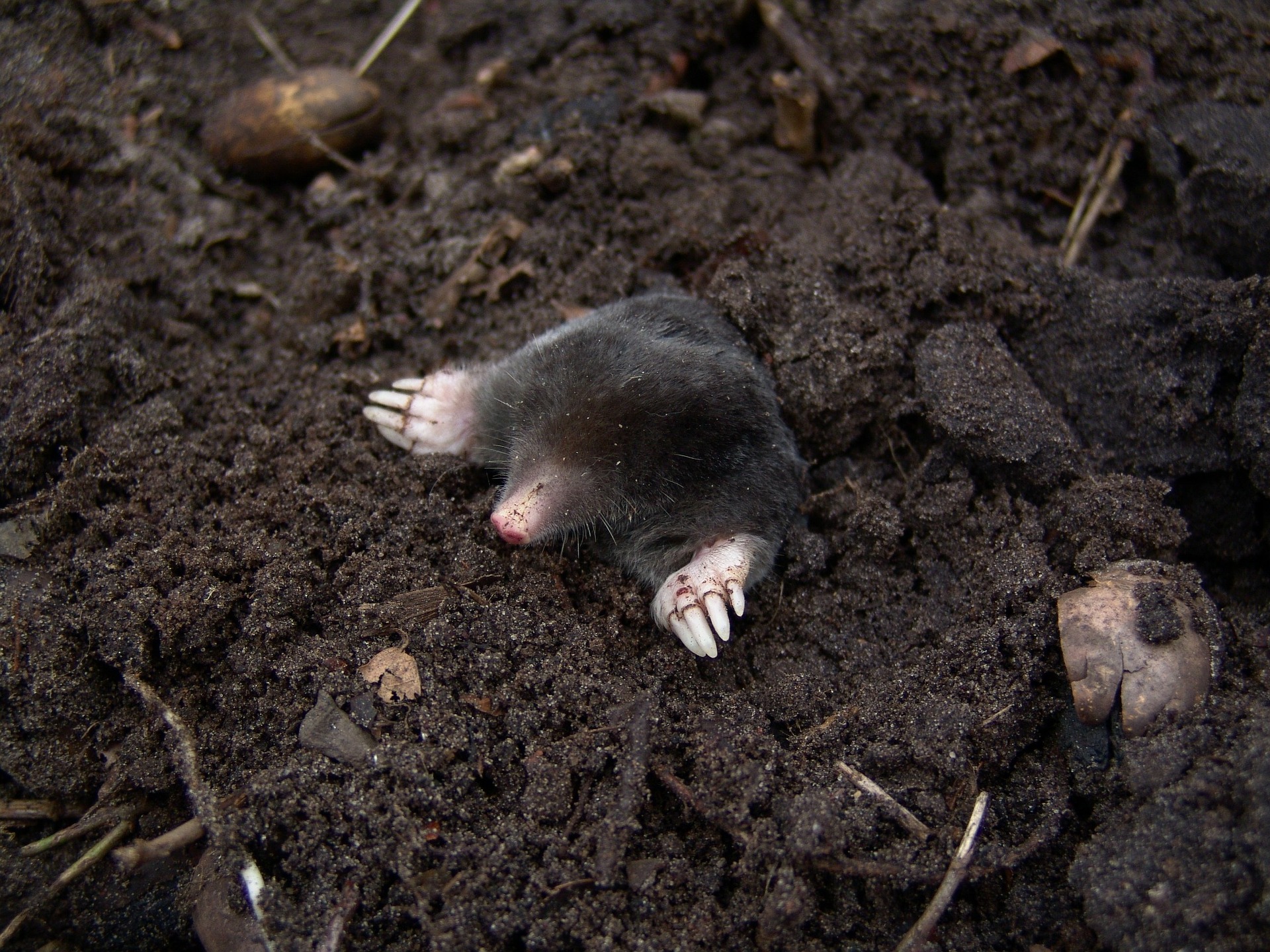 It’s no surprise that some people might find these burrowing critters cute with their little noses and paws. However, many tend to forget that these small animals can cause severe damage to your lawn and garden. If your yard has become a home to these animals, this complete guide to how to get rid of moles humanely is just what you need.

Moles are small animals with a talent for digging. Sometimes these burrowing animals can be mistaken as mice, but realistically they are entirely different creatures. Moles are mammals that enjoy spending time underground doing what they do best, digging.

While moles may look like they don’t have eyes, the truth is they do. Moles are color blind and have poor vision, so they solely rely on their keen sense of smell and touch to move around. Believe it or not, moles are one of the most potent noses out there!

Their nose features 22 tentacle-like protrusions that are incredibly sensitive to touch, more so than a human hand. Moles do not eat the roots of plants and trees. Unlike other underground animals, moles are carnivores with a hunger for worms, insect pests, grubs, and soil organisms they scrounge up in their network of tunnels.

How to Identify Mole Damage

If you take a look at your backyard and see mounds of dirt sprouting up, you could have a mole infestation on your hands. Here are some of the key signs to keep an eye out for when it comes to moles.

Molehills form when moles are digging their network of tunnels. Essentially, they move all the dirt out of the tunnel up to the surface, creating a dirt mound that could be an eyesore. Molehills are one of the most prominent telltale signs you have moles living it up in your yard.

Moles tend to dig deep at least ten inches below the surface. If you spot any patches of dead grass, this is another potential sign that you could have a mole infestation. Due to their extensive network of tunnels, moles will often harm the root systems of nearby grass patches.

Mounds That Are Spaced Apart

Unlike Gophers and Voles, Moles tend to form their tunnel entrances and exits far apart from one another. Usually, the distance between can be about six feet.

How To Get Rid of Moles in Your Yard

Whether you have a mole infestation or spot just a handful of moles lingering about, these natural remedies will help keep moles away.

Use A Natural Repellent

Applying a mole repellent can be an effective way to slowly but surely repel them. A natural repellent solution is a mix of three parts castor oil and one part dish soap.

While this concoction will not kill them, it will upset their stomachs, forcing them out from underneath the ground. However, this solution can create a mess as the moles reach the surface, forming more dirt mounds.

Moles live off insect pests, worms, and grubs. To be rid of these creatures, consider eliminating these pests first. The moles are forced to move their homes in search of a new food source.

Maintain The Cleanliness of Your Lawn

A well-maintained lawn helps ensure its longevity, but did you know it can deter moles? Since moles tend to feel the safest underground, you can start by eliminating their shelters. This will motivate them to move to a new location to call home.

A few simple acts to keep your lawn tidy include mowing the grass regularly and cutting back on watering. Extensive watering can attract insects that moles find appetizing.

Dig Out A Trench

To protect your landscaping, build out a trench that ultimately serves as a boundary around the spaces you wish to shield from moles. It should be approximately two feet deep and roughly six inches wide.

Surprisingly, many plants such as daffodils and marigolds tend to have a strong smell that moles do not like. Any plant from the allium family will do the trick.

When in doubt, contact a professional. If you’re not sure how to get rid of moles in your yard, you’ve come to the right place. Here at All Green Pest Control and Lawn Care, we understand first-hand the detrimental damages moles can cause.

Not to mention, these little potato-size creatures can be difficult pests to control. As one of our specialty pest control services, we have the resources and expertise to get the job done. Contact our friendly team, and we’ll help get you set up for success!