With this week’s post, we thought we would have a little fun with celebrity pests vs. celebrity pest controllers. Read on to find out who wins.

Welcome, folks one and all, to the matchup battle of the year! On one side, we have celebrity pests – those pesky creatures that love to entertain us, invade our lives, and cause chaos. On the other side, we have the celebrity pest controllers – those brave souls who risk their lives daily to take on these troublesome pests and keep us safe.

Which side will win? Nobody knows for sure. Celebrity pests are experts at avoiding detection and staying one step ahead of their pursuers. On the other hand, celebrity pest controllers are determined and relentless in their pursuit of justice. It’s going to be a close battle that will keep us all on the edge of our seats! 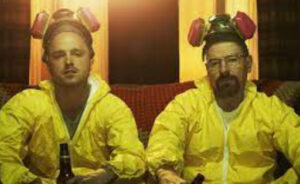 In the first round, we have everyone’s favorite mouse pitted against two of the most notorious meth dealers in television history. On the surface, it might seem like an unfair fight. After all, what can a little mouse do against two hardened criminals?

As it turns out, Mickey is more than capable of holding his own. He may not be able to cook meth like Walter White, but he has a few tricks up his sleeve that makes him a tough opponent. For starters, he’s incredibly fast and agile, meaning he can dodge bullets and outrun his pursuers with ease.

However, Walter White has a murderous streak a mile wide, which makes him a formidable foe. He’s also an experienced chemist, meaning he may have some weapons up his sleeve that even Mickey can’t match.

Ultimately, Walt’s willingness to cross the line into criminal activity is enough to give him the edge and take the victory.

Round One winner: Celebrity Pest Controllers 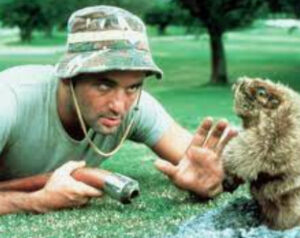 Round 2: Spackman (Caddyshack) vs. Roger Rabbit

Round 2 brings together two characters known for their antics more than anything else. On one side, we have Spackman (aka Bill Murray) from Caddyshack, famous for causing havoc on the golf course. On the other side, we have Roger Rabbit from Who Framed Roger Rabbit? who is equally well known for his chaotic and often melodramatic dramatic behavior.

After all, both characters are known for causing mayhem wherever they go. Roger is the original Looney, but Spackman certainly has a screw loose, so this really is a battle of the nutjobs.

However, in the movie, Spackman’s willingness to triumph pushes him over the edge and destroys the very property he is trying to protect.

It is this willingness to go above and beyond that sees round 2 go once again to the pest controllers. 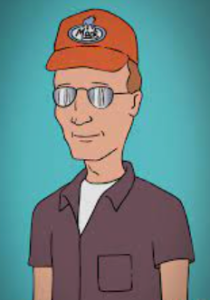 Round 2: Antman vs. Dale Gribble (King of the Hill)

In this final round, we have Marvels’ diminutive superhero against one of television’s most beloved rednecks.

On paper, this matchup seems like a complete joke. After all, Dale is just a regular guy with no powers or special abilities. How could he possibly hope to defeat someone with the ability to shrink down to the size of an ant?

As it turns out, Dale is more than capable of taking on Antman. For one thing, he’s an expert marksman who never misses his target. Plus, he has a wide array of weaponry at his disposal, including a shotgun and a chainsaw. Not to mention, he’s also an expert in hand-to-hand combat thanks to his years spent working as a bouncer at a local bar.

In the end, Dale is the clear winner in this matchup. He may not have any superpowers, but his skills and experience more than make up for it.

The celebrity pest controllers have defeated all their opponents in three rounds of intense competition.

From Walter White and Jesse Pinkman to Dale Gribble, pest controllers have demonstrated that they can always stay one step ahead of their foes. Whether it be through agility, intelligence, the strength of will, or sheer determination, this proves you can’t beat a quality pest controller.

Do you have a suggested match-up for our pest controllers?

My All Green has been training for this moment and is battle ready. Why not give us a call?